Falcons mate for life. During their reproductive years, they stick with one partner. Male falcons have been observed to hunt for food while the female falcon takes care of their young. But they don’t act like married couples. Normally, falcons live solitary lives and hunt alone.

Falcons are one of the most fierce predators, known for their keen eyesight and incredible speeds. Though they are typically solitary hunters, when it comes to courtship, peregrines are quite monogamous.

During this time, potential mates perform high-speed aerial displays, sometimes including aerobatic maneuvers and the delivery of prey. These elaborate displays of courtship behavior help to solidify the pair bond between the two peregrines and ensure that both partners are committed to raising a family.

Once a pair bond has been formed, the two peregrines will work together to build or ‘scrape’ a nest and raise their young.

While they will still hunt separately much of the time, they will always return to their mate and nest site, making them one of the most loyal bird species.

However, when one pair dies, the surviving falcon will find and accept a replacement or new mate.

How Many Times a Year Does A Peregrine Falcon Lay Eggs?

Adult peregrines usually begin breeding when they are about 2 years of age. Female peregrine falcons lay three to five eggs per clutch in their nest box. In most cases, peregrines raise one clutch a year.

In rare cases, they may raise more than one clutch. A female peregrine falcon will re-nest and a second clutch will be attempted after about two weeks if the first one is lost or ended up in egg failure.

Peregrines breed between March and May, depending on their latitude.

Just before incubation begins, most peregrines are observed standing right next to their nest guarding the eggs. Individual peregrines take turns incubating eggs after the female lays them. Incubation takes about 33 days before the eggs hatch, mostly done by the female. Male peregrines incubate the eggs while the female goes off to feed.

However, the eggs may be left unattended for short periods of time during warm weather or when there are food exchanges between the male and female peregrines.

How Long Do Young Peregrines Stay in the Nest?

Young peregrines typically stay in the nest for about six weeks before they are ready to fledge or fly away from the nest. For the first few weeks, the eyases or nestlings are brooded constantly and are covered in fluffy white down feathers.

After 2-3 weeks, they no longer need constant brooding so most of the adults can be seen outside the nest for extended periods.

Additionally, three to five weeks after hatching, the eyas’ downy white feathers are gradually replaced by juvenile feathers. During this time, they grow rapidly and their feathers develop, allowing them to take their first flight.

The parents continue to care for them during this time, bringing them food and helping to keep them warm. Once they are ready to fledge, the young birds make their first attempt at flying, often landing awkwardly on the ground.

However, they quickly learn how to fly and hunt, and within a few weeks, they are able to fend for themselves. After they leave the nest, they remain close to their parents for several months before striking out on their own.

What Do Peregrine Falcons Eat?

Peregrines are among the most efficient hunters in the avian world which put them near the top of the food chain. They are considered powerful predators that specialize in taking down other birds.

Normally, an adult peregrine eats about two and a half ounces or 70 grams of food each day. A peregrine will typically fly above its prey, then fold its wings and dive or stoop at the other bird and strike it with a half-closed foot.

The falcon then retrieves the stunned or dead bird in midair. When peregrine falcons swoop down from great heights, they’re most successful in capturing prey.

The diet of falcons typically consists of smaller birds, such as starlings, pigeons, and blackbirds. However, they are also known to hunt larger prey, including ducks, shorebirds, and waterfowl.

In addition to a crow-sized bird, peregrine falcons will also occasionally hunt mammals, reptiles, insects and other small prey. Many peregrines have even been observed specializing in hunting bats.

Given their impressive hunting skills, it is no wonder that peregrine falcons have long been revered by humans.

How Long Do Peregrine Falcons Live?

Peregrines (Falco peregrinus) are one of the most iconic birds of prey, known for their impressive hunting skills and power-dives. Adult falcons can live for 12 to 15 years in the wild, although the average lifespan is shorter for captive birds.

Unfortunately, young falcons have a high mortality rate, with about 60 percent dying in their first year. Other predators such as great horned owls prey on the young while they are still in the nest.

Peregrines face many dangers during their lifetime, including hunger, disease, and predation. However, humans also pose a threat to these birds, as they are often killed by cars or poisoned by pesticides.

With proper conservation measures in place, we can help protect peregrines and ensure that these remarkable birds can continue to thrive for many years to come.

Peregrine falcon populations dropped quickly and dangerously in the middle of the 20th century primarily due to the use of pesticides and human encroachment. All breeding pairs disappeared in the Eastern United States.

Fortunately, peregrine falcons have made an amazing recovery thanks to captive breeding programs and pesticide restrictions. The USA limits the use of a lot of the most harmful chemicals. But in Central and South America, it isn’t yet.

In 1999, the American peregrine falcon was taken off the endangered species list. Peregrine falcons are some of nature’s fastest and most beautiful birds of prey.

Why Do Peregrine Falcons Nest on Buildings?

Peregrine falcons are predatory birds known for their sharp talons and powerful wings, they’re well-equipped to take down their prey. However, peregrine falcons aren’t just hunters – they’re also skilled at finding the perfect place to nest.

Normally, peregrines don’t bring nesting material to an area to make a nest. They usually scrape the surface to make a shallow depression in a cliff ledge. They continue working on the scrape and cleaning up the surrounding nest in preparation for egg-laying.

However, over the years, these birds have adapted to nest in tall buildings. Skyscrapers are tall and made of concrete or stone, conditions normally found on cliff faces and in canyons.

The female can lay her eggs in window boxes and other niches on buildings. This gives the eyases a safe place to rest and grow until they’re ready to fly.

Peregrines nest in tall buildings perhaps because prefer living up high. Whatever the reason, it’s clear that peregrines have adapted to city life quite well. Nowadays, it’s not uncommon to see them nesting in urban areas.

What Is So Special About Falcons?

Falcons are amazing creatures that are both feared and admired for their hunting skills. They are the fastest animal on the ground and in the air, making them a force to be reckoned with.

As humans continue to encroach on falcon habitats, it is important to learn more about these birds and appreciate all they have to offer.

Conclusion on Do Peregrine Falcons Mate for Life

So, yes falcons mate for life and they are monogamous which means they keep the same mate. But their behavior is a little more complicated than that.

Male falcons take care of young falcons by hunting for food. Once the falcons leave the nest, the adult peregrines will continue to live solitary lives and hunt alone until it’s time to mate again. This behavior proves that falcons don’t always act like married couples, despite being monogamous. 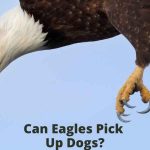 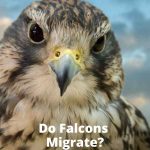