Falcons can be migratory or non-migratory. Some live year-round in Alaska, the Midwest, the Northeast, the Southwest, and along the western coastline. Other peregrine falcons migrate from South America and the Gulf Coast to the Alaskan tundra each year.

Some falcons migrate while others do not. This change in behavior is often due to differences in food sources and habitat. For example, migratory peregrine populations in colder climates tend to migrate south during the winter to take advantage of the milder weather.

Tundra-nesting falcons and arctic peregrine falcons spend winter on wintering grounds in Central and South America. They will return to their nesting area in late February and early March. Some will travel along the East Coast.

On the other hand, some peregrines and bald eagles usually do not migrate because they have access to a good food source and prey base all year round.

As a result, they are able to stay in one place and don’t need to travel long distances in order to find what they need. Some may still travel but in short distances near their breeding range.

Padre Island, on the Gulf Coast of Texas, is an important bird stopover site for many peregrine falcons en route to eastern North America on their spring migration.

The migration routes to their wintering sites may differ each year depending on climate change, long-term memory, and the age of the falcons.

Ultimately, the decision to migrate or not is up to each individual falcon and is often dependent on the resources available to them.

Do Falcons Travel in Packs?

Many animals migrate in large groups, but falcons are not one of them. While it may seem like they are flying in packs, they are actually just taking advantage of the same optimal migration conditions.

Falcons are very sensitive to changes in weather and will only travel when the conditions are just right. Depending on the weather condition, they may decide to stay or migrate. It is not uncommon for a large number of falcons to take to the skies at the same time.

However, they are not coordinating their efforts and will eventually disperse once they reach their destination.

So while it may look like adult peregrine falcons travel in packs, they are actually just lone birds taking advantage of favorable conditions and just happen to travel together.

So, do all falcons migrate? The answer is yes and no. Some falcons migrate while others stay put. Migration patterns vary depending on the species of a falcon and the conditions in its environment.

Migrating peregrines are long-distance migrants. They can travel long distances, sometimes even between continents, to get to their breeding grounds.

Some of these North American birds spend their breeding season high in the Arctic tundra. They spend winter in Central or South America.

Is the Peregrine Falcon the Fastest Diving Bird?

Yes, the peregrine falcon is considered the fastest diving bird. A falcon once dived at 186 mph (300 kilometers an hour).

Where Do Peregrine Falcons Nest?

The peregrine falcon lives on every continent except Antarctica and makes its home everywhere from Papua New Guinea to the desert Southwest to Chicago skyscrapers to Western Europe to North Africa.

Peregrine falcons typically nest on a cliff ledge overlooking rivers and lakes, coastal areas, and mountain valleys. They will also use the hollows of broken-off tree snags or old stick nests of other large bird where the females can lay eggs.

Peregrine falcons are very adaptable birds of prey, and their nest sites can be found in a wide variety of locations. In addition to cliffs and trees, they have been known to make their nesting sites in urban environments such as bridges and tall buildings.

Most of the time, falcons avoid creating a nest site near potential predators such as golden eagles and great horned owls.

Regardless of where they build their nests, peregrine falcons are fiercely territorial and will defend their territory from intruders.

How Far Can a Peregrine Falcon See?

The peregrine falcon (Falco peregrinus) is one of the most feared predators in the skies. With its powerful wings and sharp talons, a peregrine falcon can take down prey much larger than itself.

But what allows the peregrine falcon to be such an effective hunter is its keen eyesight. Peregrine falcons can see up to eight times better than a human, and they have excellent depth perception. This allows them to spot their prey species from a great distance and then accurately calculate the speed and direction of their target.

As a result, peregrine falcons can strike with incredible accuracy, making them one of the most feared predators in the animal kingdom.

What Is the Annual Survival Rate of Breeding Peregrine Falcons?

How Do You Spot a Young Falcon?

When Do Young Falcons Attempt to Fly?

Young falcons will make their first attempt at flying around 6 weeks after being hatched.

Peregrine falcons eat more bird species as avian prey than any other raptor in North America, including more than 300 species of shorebirds.

During migration, peregrines primarily feed on other birds they catch in flight but many birds winter in both Iowa and Minnesota or near coastal marshes and urban areas. Some falcons feed on small mammals as well.

Do Breeding Pairs of Falcons Live Together?

A breeding pair of falcons only live together during their mating season which often includes courtship displays. After their mating season, male and female peregrine falcons usually spend most of their time hunting medium-sized birds and other species alone which make up the majority of the peregrine’s diet.

Peregrines had almost been locally extinct in the Eastern United States. Fortunately, the reproductive success of peregrines has increased over the years. They have been removed from the endangered species list in 1999.

How Much Do Peregrines Weigh?

Male peregrines can weigh as little as 450 grams or 1 pound while females weigh as much as 1,500 grams or 3.3 pounds. 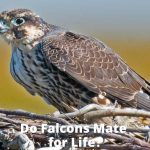 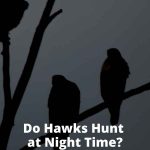